* In case of any delay in receiving the OTP, you may verify it later. Please proceed without verification.

Enter your City name or Pincode

Lansdowne is a very popular hill station on the foothills of Shivalik Range close to Himalayan Range located in Pauri Garhwal district of Uttarakhand.  The city is covered by thick forest. The city is sited at a distance of 39 km away form the district Headquarters Pauri, 86 km away form the state capital Dehradun and 260 km away from the national capital Delhi. 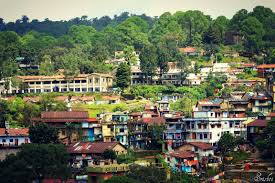 The city is an excellent eco-tourist spot which is visited by a large number of tourists every year. Tourism and its related activities like shopping and accommodation all together forms the main economy contributing factors in Lansdowne.

The city is very popular for its Sharadotsava annual festival also called as the Festival of Autumn which brings in a huge number of visitors. People from all communities reside in the city and they mostly speak Hindi and Urdu. The city holds a total population of 5667 as per 2011 population census. The density of population in the city is 823.7 people in an inch per sq km in an area of 6.88 sq km. 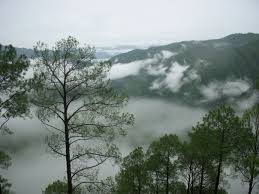 Lansdowne was initially named as “Kaludanda” in which Kalu means black and Danda means hill. It is also said the name Kaludanda was named after Sage Kalu who used to meditate in Kaleshwar Mahadev Temple. In the year 1888 the hill was named as Lansdowne after the then viceroy of India Lord Lansdowne. The city was used by British government as recruits training center of the Garhwal Rifles. The city was popular venue for freedom fighters for their numerous activities.

In the year 1887 the first battalion of Garhwal rifles moved from Almora to Lansdowne which was the only developed city then after Almora. Currently the city is administrated by the Garhwal Rifles of Indian Army. 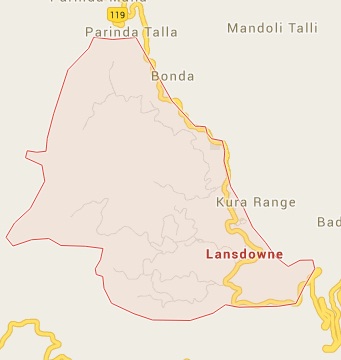 The hill station is surrounded by thick forest filled mostly with oak and blue pine trees. River Khoh flows very close to the west borders of the city.

The climate is always pleasant in the beautiful city of Lansdowne including summers. The summer temperature in the city ranges in between 15 to 30 degree Celsius. The city experiences a very chill winter and it had experienced a heavy snow in recent years. The winter chill temperature ranges in between – 4 to 17 degree Celsius. Rainfall in Lansdowne is between May to September. During the months of January and February snowfall can be witnessed in the city.

Cantonment Board of Lansdowne 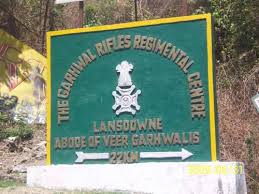 The Lansdowne cantonment board functions with a motto to emerge Lansdowne cantonment as the best cantonment offering high standard of services to both its civilian and army population. The civilian population is higher than the military population. The board as has a vision in forming a financially stable administration in Lansdowne. The mission of the board is to promote partnership of community, proper utilization of resource, upgrading the cantt area standards, providing cost efficient services and in promoting new quality services to the citizens.

In the year 1886 a request was raised by Field Marshal Sir FS Roberts to form a separate regiment for Garhwal. While searching for a suitable location for the regiment setup the virgin forest of Pauri Garhwal was chosen and Garhwal regiment was established there in the year 1887 covering a total area of 1503.8339 acres of plot. The forest area was then known as “Kaludanda” and in 1890 September 21st the Garhwal regiment area i.e. the forest hill station was renamed after the then Viceroy of India Lord Henry Lansdowne.

The Garhwal Rifles regiment troop formed the first set of new lines of barrack and it was named after Lt. Col. E.P Mainwaring who was the first chief of Garhwal rifles battalion as “Mainwaring lines”. At present the regiment functions as a training center of Garhwal Rifles Regiment and it is a cantt –III category of regiment.

The main responsibilities of the cantonment board are to preserve the eco-tourism in Lansdowne, offering civil services for the cantt area residents like providing water, supply of power, disposal of sewage, providing health care facility, public urinals, maintaining roads and other public properties like government buildings, parks, gym, library, tourist spots etc. All these services are offered under the provisions of Cantt Act 2006.

The cantonment board office is mainly administrated by the head or admin with a designation named Office Superintendent who is assisted by Accountant, Revenue Inspector, Sanitary Inspector, Assistant Engineer, Store Keeper and a Computer Programmer.

The board also functions an army hospital titled Cantt General Hospital in the cantt area which offers quality health care treatment to all the residents of the city and also for the people from the surrounding localities. The hospital has got 33 beds, an ambulance, pathology lab, X-ray unit, vaccination unit, ECG unit, maternity wards, child welfare unit, family planning units, eye care unit, cardiac unit and many more. The hospital also conducts health camps at regular intervals at various localities of the city. Also the hospital also avail the Janani Suraksha Yojna benefit scheme.
The board recently inaugurated a guest house in Cantt area at Company Bagh with two normal suites and one VIP suite and was charged nominally.

The Tehsil Headquarters operates both nationalized and regional rural bank branches in its grounds.

The Tehsil Headquarters Lansdowne is well connected by means of roadways to major destinations in Uttarakhand and Uttar Pradesh. The national highway NH 119 runs from top to bottom of the city through its boundary in the north and cutting the city on its southern end. The NH 119 connects Lansdowne to major destinations like Gumkhaal, Satpuli, Kotdwar, Najibabad, Kiratpur, Mawana, Bijnor and Meerut in Uttarakhand and Uttar Pradesh States. 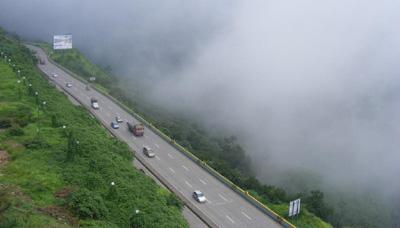 Nearby Airports and Railway Station

Comments / Discussion Board - About Lansdowne